SmartProtect : mitochondrial DNA and the future of insect ecology 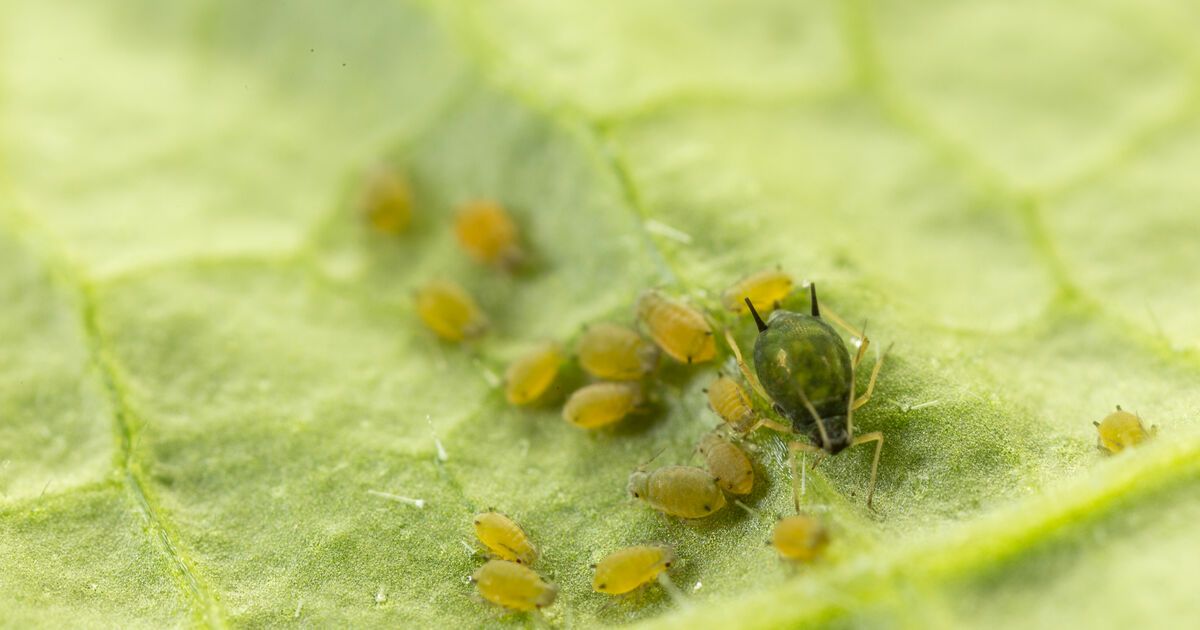 Learn about the Mitochondrial DNA (mtDNA), an important molecular marker for insect ecology.

What does SmartProtect focus on?

AREFLH is a partner of the SMARTPROTECT project "SMART agriculture for innovative vegetable crop PROTECTion: harnessing advanced methodologies and technologies". The project aim is to bridge the knowledge gap between innovation research and practice in the Integrated Pest Management (IPM) methodology in different outdoor and undercover crops.

Mitochondrial DNA and the future of insect ecology

Mitochondrial DNA (mtDNA) is an important molecular marker for insect ecology. For instance, mtDNA markers have been used to analyze the genetic diversity of melon aphid (Aphis gossypii, see picture above) populations on different host plants, thus informing about their dispersal patterns. However, recent research suggests the utility of mtDNA may be more complicated than once thought.

Insects, like all eukaryotes, have specialized organelles called mitochondria tucked into nearly every cell. Most famously, these act like tiny generators, transforming the energy from food into energy that powers the cell.

Mitochondria have their own set of DNA separate from the DNA held in the cell’s nucleus. That mitochondrial DNA (mtDNA) is an important molecular marker for insect ecology, but new research suggests it may be more complicated than previously thought.

One of the attractive features of mtDNA is that it’s easy to work with in the lab. That’s because there are multiple copies in each cell, and mitochondrial genes are conserved across animal species. It also has some super useful properties that have now come into question: simple inheritance and near-neutrality.

Unlike nuclear DNA, mtDNA doesn’t come from both parents and recombine; it simply passes from mother to offspring. It also mutates at a much higher rate than nuclear DNA. Those mutations usually don’t make a species more or less fit (and are thus termed “nearly neutral”) and can help trace genetic lineages through time.

Fitness can be affected by differences in mtDNA sequences and transcription levels, especially when it comes to selective pressures like climate stress and food availability. It’s also possible for insect lines that separated to come back together and hybridize, sometimes onboarding new genes that increase fitness.

This new information doesn’t change the fact that mtDNA is a convenient and relatively inexpensive molecular marker—but it does mean that researchers must be careful when using mtDNA and drawing conclusions from their data.

The authors of the article mentioned below say that DNA barcoding with mtDNA—using short stretches of DNA to identify species or detect cryptic species—may be best-suited for confirming known species and used along with other data like nuclear DNA, morphology, and ecology. Mitochondrial DNA remains a good source of markers for metabarcoding, which sequences bulk samples or environmental samples to identify multiple species in a community.

A better understanding of mtDNA could also help the next generation of molecular markers emerge.

To know more read the article of Entomology Today

Read the paper of ANNALS of the ENTOMOLOGICAL SOCIETY OF AMERICA

This project has received funding from the European Union’s Horizon 2020 Research and Innovation Programme under Grant Agreement No. 862563.